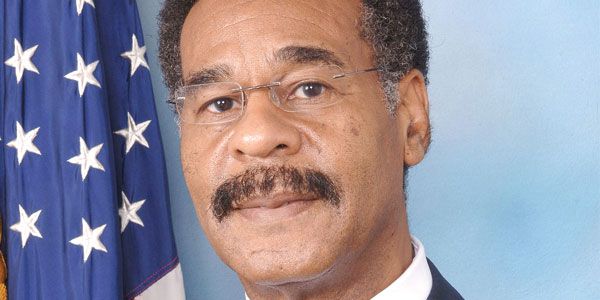 (Kansas City, MO) –  Congressman Emanuel Cleaver, II released the following statement in regards to President Trump’s plans to effectively end the DACA, Deferred Action for Childhood Arrivals, program.
“Because I am an ordained United Methodist clergy, I cannot resist saying that Ezekiel 18 is clear, each individual is responsible for his/her own sins. Listen to the text:
Ezekiel 18:19
“The child will not be punished for the parent’s sins, and the parent will not be punished for the child’s sins. Righteous people will be rewarded for their own righteous behavior, and wicked people will be punished for their own wickedness.”
Who are we to punish young Americans for their parents’ decision? Come on, opponents of that which is right, get with it or get out of the way!”
Emanuel Cleaver, II is the U.S. Representative for Missouri’s Fifth Congressional District, which includes Kansas City, Independence, Lee’s Summit, Raytown, Grandview, Sugar Creek, Blue Springs, Grain Valley, Oak Grove, North Kansas City, Gladstone, Claycomo, and all of Ray, Lafayette, and Saline Counties. He is a member of the exclusive House Financial Services Committee, the Ranking Member of the Subcommittee on Housing and Insurance, and a Senior Whip of the Democratic Caucus.

The COVID-19 Vaccine Was Created In Record Time. Here’s Why That’s OK

By Elasticity When most vaccines require a process of 8-10 years to complete, many people are understandably skeptical the COVID-19 vaccine could be completed in

By Alfonso Navarro-Bernachi COVID, vaccines and Delta are three words that could very well encompass the uncertainty, hope and challenges that we have lived through

Voces Consulares: Creating inroads in the fight against COVID-19

The commemoration of Cinco de Mayo in Kansas City has had a special meaning this year, with the presentation of the Ohtli award to the

Voces Consulares: Patrimony: It is best to be prepared (II)

Voces Consulares: Let’s move for a cause!

This week I would like to invite you to move for a cause.From your home, around your block, or in a park or trail; with