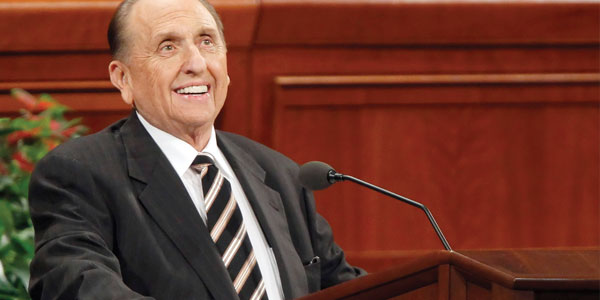 Cortesy of The Church of Jesus Christ of Latter-Day Saints

With tender feelings we announce that Thomas S. Monson, president and prophet of The Church of Jesus Christ of Latter-day Saints, died this evening at 10:01 pm in his home in Salt Lake City. He was with family at the time of his passing. He died at age 90 from causes incident to age.
President Monson, who has served as president of the Church since February 2008, leaves behind a legacy of service and good works. A successor is not expected to be formally chosen by the Church’s Quorum of the Twelve Apostles until after President Monson’s funeral.

Jennifer Romo and Renata Lara know what it is like to fight an eating disorder. And as part of National Eating Disorders Awareness Week (Feb.

The Kansas City Royals open their 2022 season next Thursday. They’ll face off against the Cleveland Guardians at Kauffman Stadium – the Royals’ home ballpark

How to help preserve bees