(August 16, 2014) – Sporting Kansas City moved back atop the Supporters’ Shield standings and extended their Eastern Conference lead to five points with a 4-1 win over Toronto FC on Saturday. Dom Dwyer struck twice from the penalty spot in the first half before Soony Saad and C.J. Sapong each added second half goals in front of the 48th consecutive sellout crowd at Sporting Park.

Dwyer’s brace was his League-leading fifth of the season and brings his goal scoring total to 16 goals this year, second in the MLS Golden Boot race and the most in a single-season by a KC player since Preki scored 18 in 1996. Homegrown goalkeeper Jon Kempin made two saves and earned the victory in his first career MLS start at age 21, making him the youngest goalkeeper to start a match in club history.

Sporting Kansas City threatened to open the scoring in the 15th minute through the combination of Sal Zizzo, Benny Feilhaber and Dwyer. The Englishman was poised to unleash his shot when Toronto FC defender Justin Morrow slid in to intervene at the last moment.

The ensuing corner kick fell to the feet of Feilhaber, who dribbled past Michael Bradley at the top of the penalty area before being brought down inside the box on a challenge from Jackson. Dwyer stepped to the spot and roofed his shot under the crossbar to give Sporting KC a 1-0 lead in the 18th minute.

Toronto FC goalkeeper Joe Bendik made his lone save of the match in the 24th minute, getting a hand to Aurelien Collin’s header after the Frenchman connected on a cross from Graham Zusi.

Referee Drew Fischer pointed to the penalty mark for the second time in 15 minutes when Doneil Henry’s sliding tackle tripped up Dwyer at the corner of the six-yard box. Dwyer then successfully doubled the home side’s advantage by sending his shot to Bendik’s left and improved to six-for-six on penalty attempts in 2014.

The goal gives Dwyer 10 against Canadian clubs this season after he also struck twice against Toronto in a 2-2 draw in May. As a result of the first half goals, all Sporting Kansas City fans can text Sporting 1 to 72727 to receive one burger of equal or lesser value with any burger purchased at BurgerFi’s Leawood location over the next 48 hours.

Toronto FC — playing without the team’s leading scorer Jermain Defoe and club captain Steven Caldwell — came close to cutting the deficit in half in the 43rd minute when Bradley’s free kick was deflected narrowly wide of the near post. Three minutes later, the visitors pulled a goal back through Gilberto.

The Designated Player made a strong run to the near post and slipped his shot under Kempin’s outstretched arm with a clever backheel. The goal was Gilberto’s fifth of the season and his third in as many matches.

With the momentum to start the second half, Gilberto nearly scored a second to bring the sides level on a breakaway in the 51st minute. Kempin came off his line to cut down the angle and came up with his best save of the night to deny the Brazilian after a 60-yard-run that started inside his own half.

Sporting Kansas City responded with the team’s third goal of the night in the 64th minute. Zusi’s corner was initially headed away by Toronto FC but only so far as Saad, stationed 20 yards out. The fourth-year forward, who turns 22 on Sunday, took a touch to control and struck a half-volley through traffic for his seventh career goal.

One week after an impressive goalline clearance in Vancouver, MLS All-Star Aurelien Collin again prevented an imminent goal with his recovery in the 71st minute. Jackson worked his way past Kempin and had an empty net awaiting ahead of him only to see Collin intervene.

The reigning MLS Cup champions put the game out of reach in the 77th minute with the team’s third goal of the night as a result of a corner kick. Saad’s first-time flick set up second-half substitute C.J. Sapong for a sliding finish from close range for the 20th goal of his career, moving him into a tie for ninth most in team history and improving Sporting KC 19-0-2 when Sapong is on the scoresheet in MLS competition (including postseason).

Zusi earned the secondary assist and now holds sole possession of third place on the team’s all-time assists chart with 36 in his career. Sporting KC supporters can celebrate the second half gold by texting BWWSKC to 72727 to receive a buy one, get one snack size wing order at any KC-area Buffalo Wild Wings locations. Additionally, Sporting KC fans can receive 44-cent Monster Taco’s at Jack in the Box on Sunday as a result of the team’s five shots on goal.

With the victory, Sporting Kansas City is now 6-0-1 at home against Toronto FC since 2010. Moreover, Manager Peter Vermes is 9-1-3 in his coaching career against Toronto.

Sporting Kansas City now turns the team’s attention to the 2014-15 CONCACAF Champions League ahead of Tuesday’s group stage opener at Real Esteli in Nicaragua. The match will be broadcast live on FOX Soccer Plus at 9 p.m. CT and can be seen at the team’s official watch parties at area Johnny’s Tavern locations. 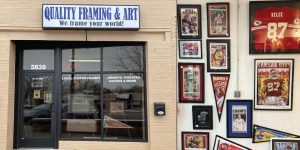 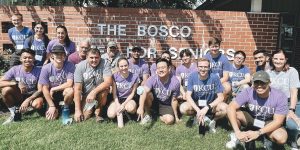 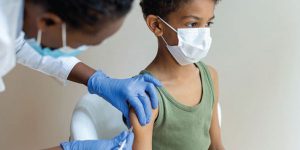 Guidelines on COVID-19 Vaccines and Booster Shots for Children 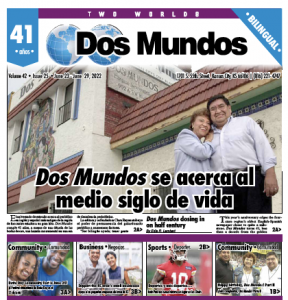 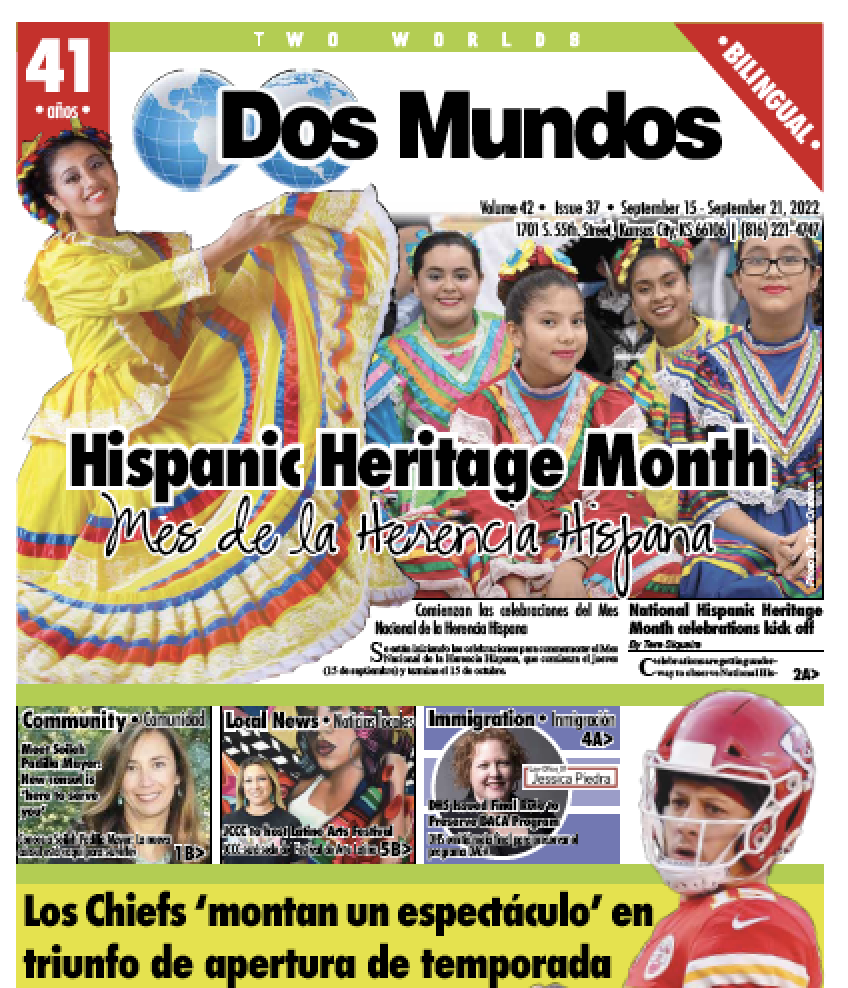 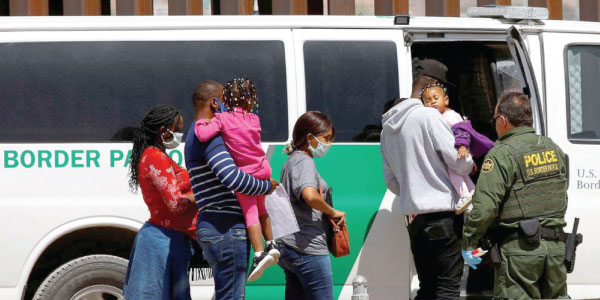 Editorial: Was this crisis preventable?

Southern border states and their communities are being overwhelmed. A record number of migrant arrivals over the past year are taxing local governments to the 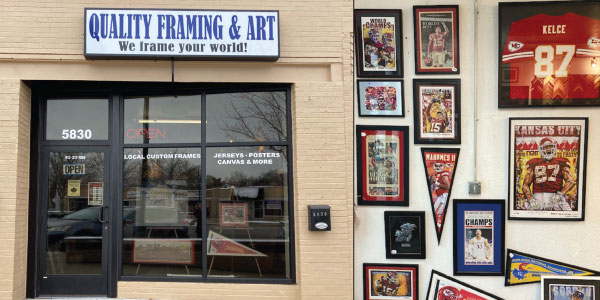 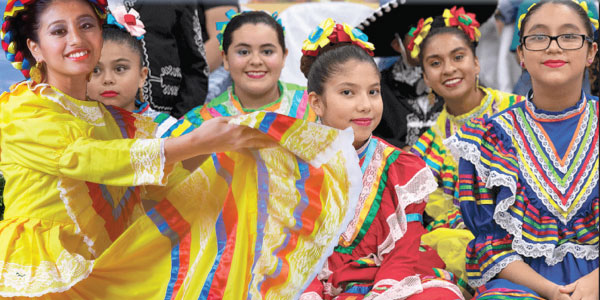